Patrick Pool is first recorded in the historical documents as “Patricpol” in c.1200. Now only a short street leading north-west between Newgate and Church Street, but the name formerly also included its continuation called Swinegate since c.1600 (RCHME 1981, 174).

The medieval house was refronted in brick in the late 17th century and remodelled internally by Joseph Hewan c.1767 (RCHM 1981, 174). The RCHM write that: ‘On plan it comprises an entrance hall and front room with a chimney behind, and a narrow room behind the chimney. Little of the original framing is now recognisable. The late 18th-century staircase is of simple Chinese fret design’ (1981, 174). 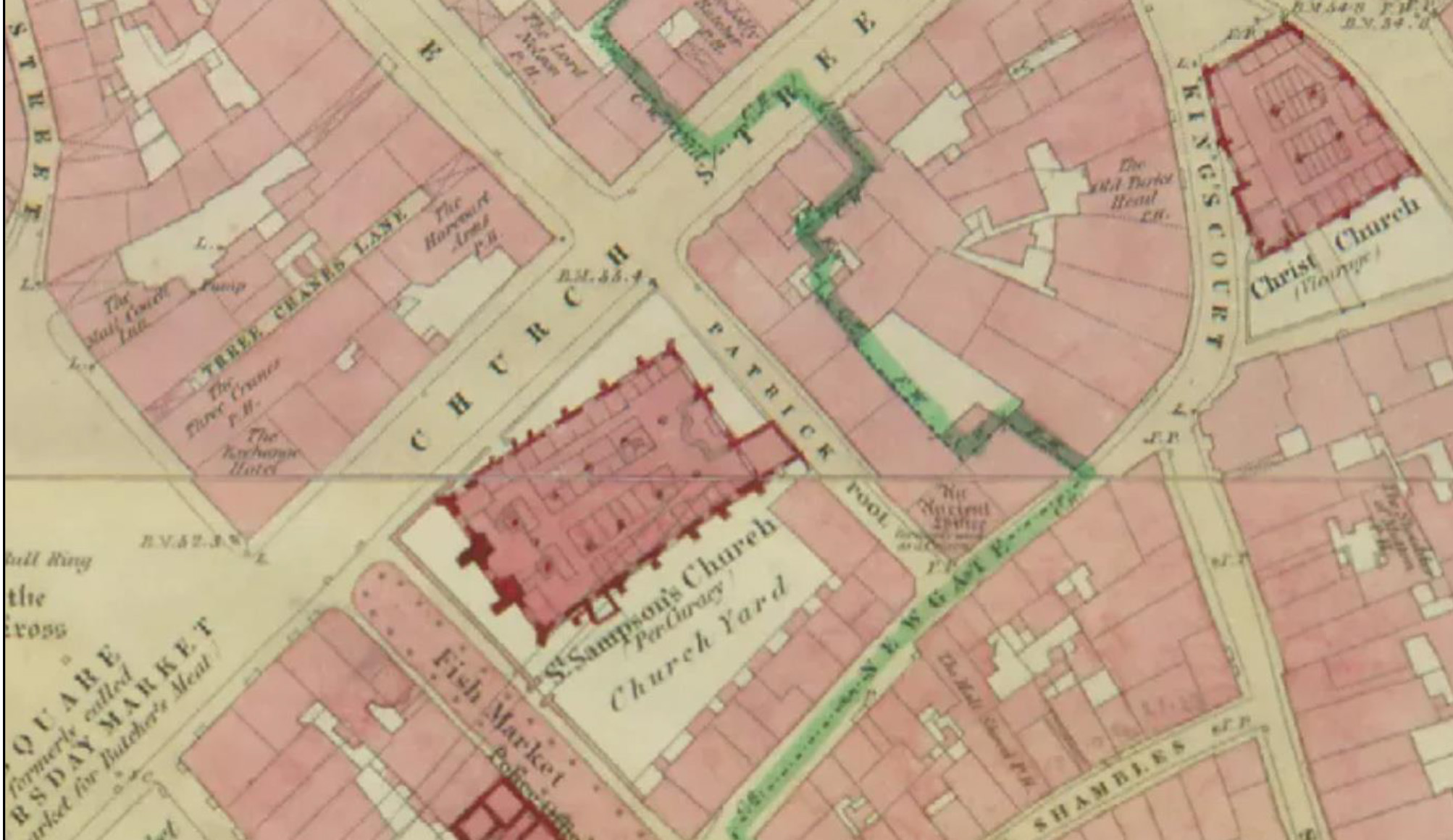 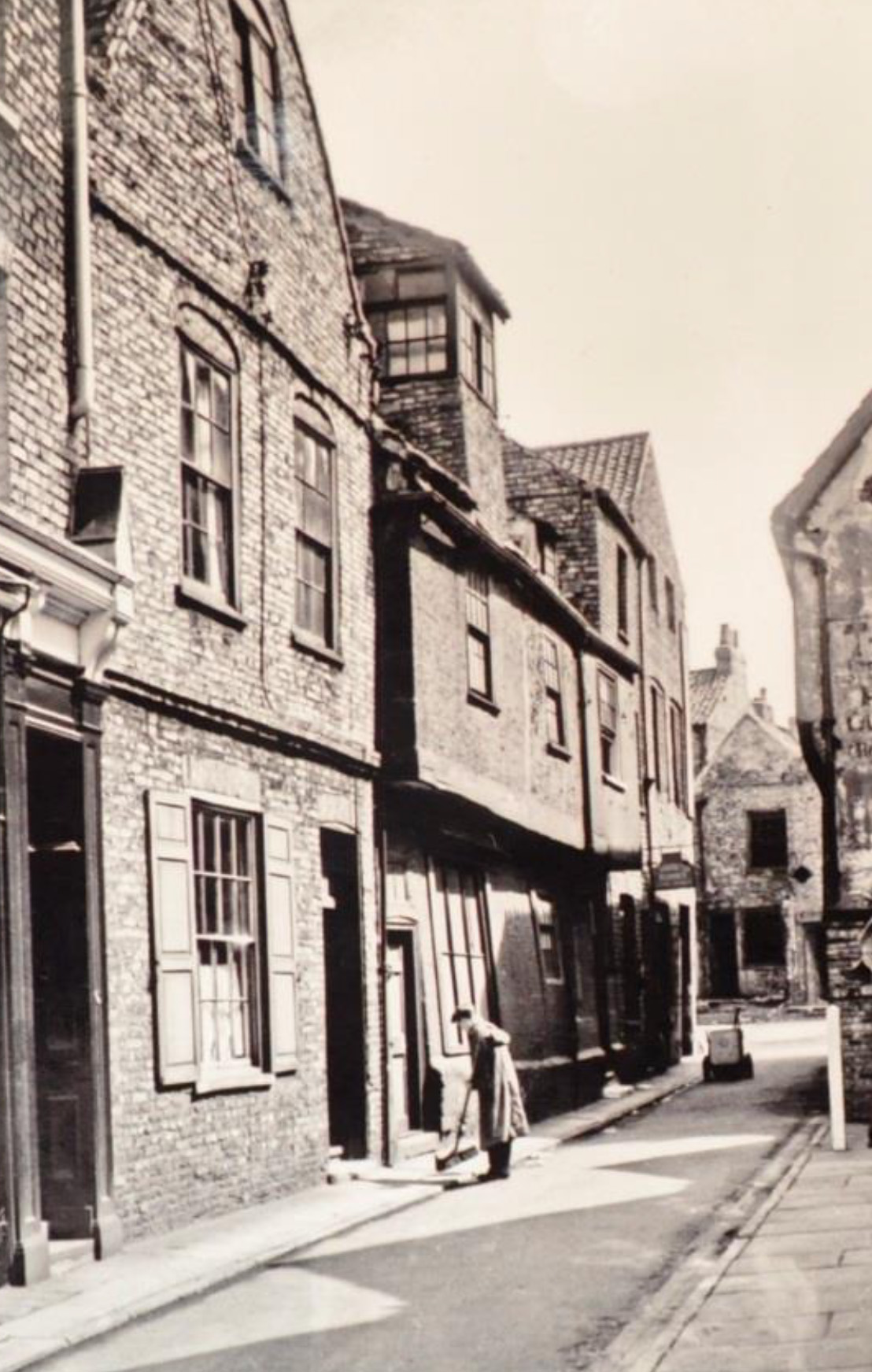 This photograph of the site taken in 1944 (figure 3) captures the frontage prior to a suite of late 20th century alterations. Noticeable is the replacement of a ground floor window – a multi-panel vertical sash window with timber panelled external shutters – with the current multi-panel bow window with a moulded cornice. A variety of internal works, including the renewed timber roof structure and the modern attic casement window, may date to this phase of “restoration” work in c.1980 referred to in the listing entry.